The summit’s creation was a two-and-half year effort that included stakeholders from various parts of the community, including the College of Psychology, nonprofit organizations like Women in Distress of Broward County, government agencies, and law enforcement. 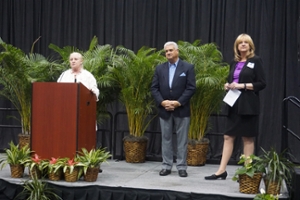 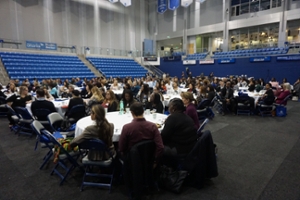 “The prevalence of domestic violence in Broward County is alarming and growing, and the response that we have to help victims, while outstanding, is dwarfed by the size of the challenge,” said Angelo Castillo, Director of Strategic Planning and Research at the Broward Sheriff’s Office and a Pembroke Pines City Commissioner.

Mary Riedel, the President and CEO of Women in Distress of Broward County, credits Castillo with getting the effort started by bringing the issue to the group’s board.

“The idea was to broaden the dialogue on domestic violence and how it affects other segments of the community,” Riedel said.

The effort grew from there and brought in the College of Psychology, which led to a meeting at NSU, followed by a leadership council meeting at BSO.

“The meeting at BSO was a big jumpstart,” said Dean Karen Grosby. “The sheriff spoke to the group, and there were key people there. And here we are.”

Marcia Barry-Smith, Director of Community Outreach at Habitat Broward, served as the summit’s keynote speaker. She opened her speech with a narrative about her own past experience with domestic violence and how she has gone from victim to advocate.

“Our country can never be whole while our women remain broken,” Barry-Smith said.

The summit then transitioned into multiple breakout sessions, which focused on topics like housing, job training, judicial/law enforcement responses to domestic violence, the child welfare system, and racial disparities.

One key member in the summit’s development was the late Dr. Silvia Flores, a women’s advocate and NSU Board of Trustees member who died in 2017. Grosby said Flores worked throughout the community to push the effort forward from the first meeting two years ago.

“She put her foot down and said we really need to move forward,” Grosby said. 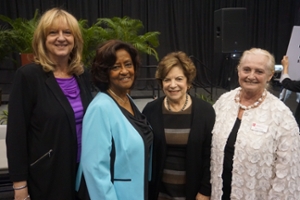 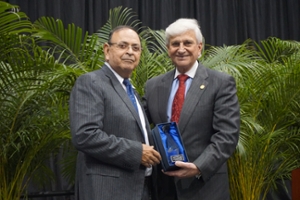 Although the summit is over, the work on combating domestic violence is not. Castillo said the next step after is to develop comprehensive action plan in 60 days that can be presented to funding sources, including the government, businesses, and nonprofit groups.

“A plan makes us more likely to be able to compete for limited dollars,” Castillo said.