Attended events around the country

Faculty from the College of Psychology's Department of Psychology and Neuroscience presented research posters at several recent conferences.

Associate Professors Leanne Boucher and W. Matthew Collins attended the National Institute on the Teaching of Psychology Conference, which ran from Jan. 3-6 in St. Petersburg. They presented research on two topics: "Tasting Psychology" and "Adding the Her-story to the History of Psychology." 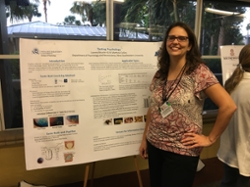 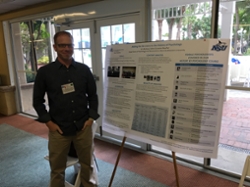 "Tasting Psychology" explained the many ways that the taste bud demonstration can be used as a teaching tool. Faculty have used this in the classroom and at science outreach events at the library. "Adding the Her-story to the History of Psychology" was an overview of the role of women in the history of psychology and how it is portrayed in the classroom. Students contributed to the data presented in this poster from both the History of Psychology class that Collins teaches and the Experimental Psychology class that Boucher teaches. 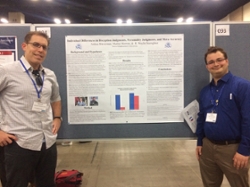 The project examined how well individual differences (personality, gender, and propensity for cheating) predicted deception detection accuracy, truth bias, ability to infer personality traits, and meta-accuracy. Participants rated university students’ personality traits and discriminated between their truthful and deceptive statements; participants also rated the deceptiveness of people in media clips who were either innocent or guilty of a serious crime. Participants were less accurate at detecting the serious lies from media clips than the relatively mundane lies told by university students. Personality traits correlated poorly with deception detection accuracy; however, introversion, agreeableness, conscientiousness, and anger at cheaters predicted truth bias. Men were more confident than women in their deception detection judgments, despite being no more accurate. Participants were more accurate at perceiving university students’ openness and conscientiousness than their agreeableness and neuroticism. These findings indicate there are meaningful individual differences in truth bias, the ability to infer personality traits, and meta-accuracy.