Professor to be honored for work with spinal cord injuries

Barry Nierenberg to receive award at conference in September 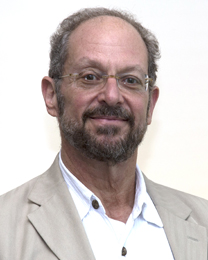 The award is given to association members who have been nationally recognized for their work that contributes to the well-being of people with spinal cord injuries.

“I know 90 percent of the winners back to 1990 and what they’ve done. To be recognized in the same group as them is unbelievably humbling,” Nierenberg said.

“Individuals tend to do well, but when you look at them as a group, they have much higher incidents of depression, anxiety, post-traumatic stress, as compared to people who don’t have a spinal cord injury,” he said.

Giovanni Fava, an Italian doctor, studied the issue with two groups of patients and found that those who suffered from depression had 40 percent less well-being. Some participated in well-being therapy sessions, and in a follow up study six years later, the patients who received the therapy had 60 percent less recidivism than those who had not received therapy.

Nierenberg published a theoretical paper and presented on it at several national conferences. His approach uses Ryff’s factors, which include purpose in life, personal growth, autonomy, environmental mastery, self-acceptance, and positive relations with others. The patient examines which values are important to them and how they are living them.

Nierenberg has met with a group of 30 people for participatory action research, who will be broken up into smaller groups of six to eight.

In addition to this research, Nierenberg and four students recently presented at the 19th Annual Rehabilitation Psychology Conference in Albuquerque. Nierenberg helped start the first conference and has been involved every subsequent year. The group’s presentation focused on a distinct rehabilitation psychology approach for chronic illnesses. That approach has been recognized by the APA and ABPP, he said. 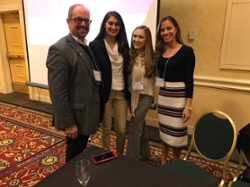 “What my students and I presented is how the basic principles of rehab psych can really help with understanding and dealing with so many of the chronic illnesses and conditions that are affecting Americans right now,” he said.

“I’m proud of how well my students did,” he said.