Lenore Walker named College of Psychology's Professor of the Year

Lenore Walker, Ed.D., has been named the College of Psychology’s Professor of the Year for 2015-16.

An NSU professor since 1998, Walker said she was drawn to study domestic violence based on her work with children in the 1970s. 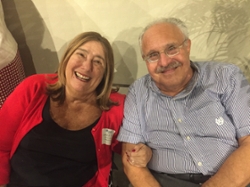 “I was very interested in the abuse and neglect that I saw in these little kids, then began to look at their moms and dads,“ she said. “There was very little literature at the time, so I started doing research.”

Walker’s research expanded to include areas like human trafficking, rape, intimidation, and psychological abuse. She also examined violence and social constructions from a feminist perspective.

“We raise girls and boys to think differently, and we emphasize those differences,” she said. “We force them into gender roles, and that creates an environment that’s fertile for men to force women and others to do what they want.”

Walker’s work on a grant from the National Institute of Mental Health defined Battered Woman Syndrome. Her book The Battered Woman, first published in 1979, will be entering its fourth edition in 2017. Walker also founded the Domestic Violence Institute and has served on the American Psychological Association’s Board of Directors and Council of Representatives.

By 1998, Walker had been working in private practice for 20 years and had testified in many court cases around the country as an expert when the opportunity came to work at NSU. She developed the forensic psychology concentration and has worked with colleagues on multiple research projects. She worked with colleague and husband Professor David Shapiro, Ph.D., on the book Introduction to Forensic Psychology: Clinical and Social Psychological Perspectives, which will have its second edition published in 2017. Walker also developed and directs the college’s Forensic Psychology program.

All from a job that Walker expected to have only for a few years.

“I’ve enjoyed my teaching, my research, and I love my students and colleagues,” she said. “Nova attracted me because of its forward-looking education model.”

Walker said being selected as Professor of the Year was a great honor.

“I don’t think there’s anything more meaningful than being recognized by your colleagues,” Walker said. 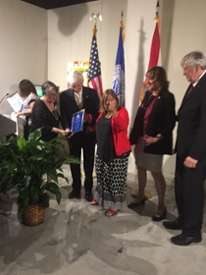 “She’s an innovator and an outstanding mentor,” Grosby said. “She gets the big picture - it’s one thing to do research, but it’s another to influence public policy and the care of people suffering trauma.”

That sentiment is shared by Broward County Court Judge Ginger Lerner-Wren, who is also an NSU adjunct professor and has known Walker for 20 years. Walker and Lerner-Wren worked together after the county established the nation’s first Mental Health Court.

“Dr. Lenore Walker is a pioneer, an icon and a scholar,” Lerner-Wren said. “Nearly 20 years ago, Dr. Walker appeared in court and said, ‘Hi Judge, President Ray Ferrero sent me to offer the University's support to the mental health court.’ It was a transforming moment for the court and for me.”