NSU undergraduate students in the Introduction to Psychology course presented a semester’s worth of research as part of the College of Psychology’s second annual undergraduate poster conference. 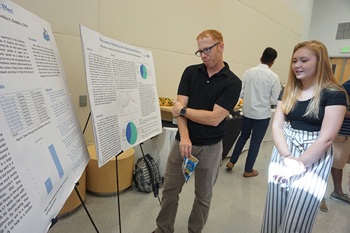 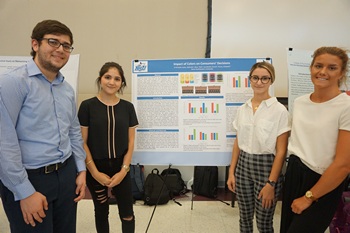 The conference started in Fall 2017 when Associate Professor Matthew Collins, Ph.D., of the Department of Psychology and Neuroscience, created it as reimagining of an earlier presentation project. The project, which totaled 30 percent of the final grade, required students to work in groups of four to five. They submitted proposals with questions to study and literature reviews. Afterward, they created a methods proposal, collected data, analyzed the data, and drafted posters. At each stage, the students received extensive feedback on the process, down to how to discuss their research at the conference.

“The feedback from other faculty was that they were amazed students could complete the project in such a short time,” Collins said. “The students really seemed to enjoy the process.”

About 175 students from seven sections of PSYC 1020 participated in the conference, which took place in November 2018 in the Don Taft University Center. In addition to Collins, other sections were taught by Associate Professors Leanne Boucher and Aya Shigeto, both Ph.D., and Tim Razza, Psy.D.

Compared to last year, Collins said for this conference they wanted assignments to present a clearer connection for students between the research and the final project.

“Linking research to the final result is important, because it is sort of updating the field as we go along,” Collins said.

Students picked their own topics for the posters. Collins said the projects covered topics like the link between creativity and a dominant left hand, as well as the effects of exercise on cognition, and the effects of sleep on college students. 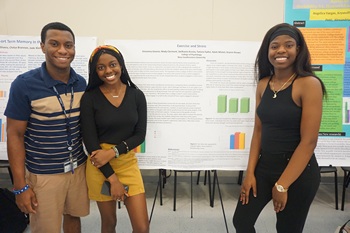 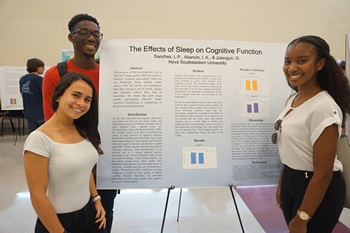 Working in groups has benefits beyond learning about psychology research, Collins said.

“When you’re in a workplace, working in a group is an important part of that,” he said. “It’s a soft skill you can pick up along the way.”