Donated items sent to island after devastation from two storms

Hurricane relief supplies collected by the College of Psychology have made their way to Puerto Rico.

The collection effort was initiated by Assistant Professor Lourdes Suarez-Morales, Ph.D., of the Department of Clinical and School Psychology, after the island was hit by Hurricanes Irma and Maria in Sept. 2017. 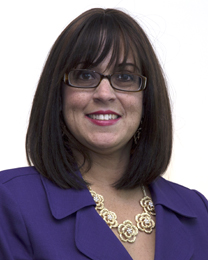 Suarez-Morales said she wanted to collect supplies based on the government’s response to the disaster.

“It didn’t seem like Puerto Rico was getting the same help as the mainland, and that people were left to fend for themselves,” she said.

To initiate the collection drive, Suarez-Morales turned to the Hispanic Psychological Student Organization, or HPSO, which she serves as the faculty advisor for. HPSO’s board members took up the issue, and collection boxes were put out in the lobby of the Maxwell Maltz Building. The drive sought water, nonperishable food, diapers, and other essential items. The effort was advertised by email, word of mouth, and social media. 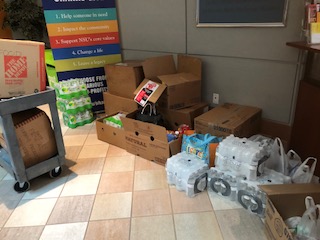 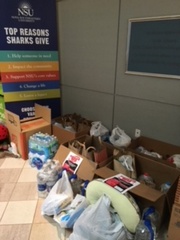 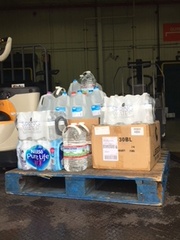 Collecting supplies was one thing - getting them to the people in need was another.

Transportation was arranged with the help of HPSO member Natascha Quirch, whose father owns Quirch Foods, a Miami-based retail food distributor with operations in Puerto Rico. Quirch asked her father to transport the collected goods after he took a trip to the island to check on the company’s warehouse and employees.

“The company was determined to start running the Puerto Rico warehouse as soon as possible after the storm in order to help feed the island,” Quirch said. “My dad was born in Puerto Rico, and he was eager to help us help his people.”

Suarez-Morales said that a total of 10 boxes of products were collected for the effort. She arranged to have the supplies sent to the Siervas de Maria (Sisters of Mary), a Catholic service organization with a presence in San Juan and Ponce. The supplies were delivered in late October.

Although the collection effort is over, Suarez-Morales said she is thinking of long-term ways to provide mental health services to Puerto Ricans relocating to Florida.

“How can we extend these services locally to the people coming here?” she said.