Was college’s nominee for Student of the Year

Oraib Toukhly, a student in the Clinical Psychology Psy.D. program, won the award for College of Psychology Student of the Year on April 16 at the 21st Annual Student Life Achievement Awards, known as the STUEYs. 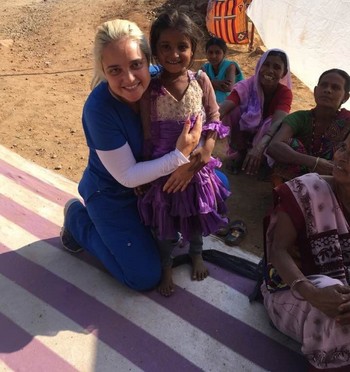 A native of Jordan, Toukhly has lived in the U.S. for 25 years and began her graduate studies at NSU in the master’s program for General Psychology. After completing that degree, she was accepted into the Clinical Psychology program. Toukhly said she was drawn to psychology while studying cultural differences and observing how personal interactions changed in the U.S. versus Jordan.

“There’s some friction I didn’t understand,” she said. “I learned that cultural differences could cause friction.”

Learning about psychology from a Western perspective has presented challenges, but Toukhly said her goal has been to find the middle ground between the two cultures she has lived in. That informs her current directed study, which she described as re-examining the work of Sigmund Freud from an Eastern perspective.

During her time at NSU, Toukhly has made a mark by participating in multiple humanitarian trips to provide mental health services to countries like Jordan, India, and Eswatini. She is also planning to go on another trip to Jordan, as well as Australia. The trips have inspired her to create a humanitarian global outreach organization. 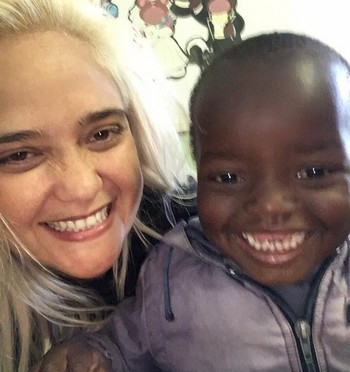 “It’s going to be learning what other people have to give us and teach us,” she said.

Toukhly is also participating in a two-week Humanitarian Response Intensive Course at Harvard University. The course will deal with issues in the humanitarian field and have participants present on a humanitarian case study.

The Harvard course coincided with the STUEYs, which Toukhly said she was surprised to have been nominated for. She balances all of these activities while being a single mother of three.

“They push me to be the perfect model for them,” she said. “I’m never going to let them down.”

Toukhly already has an eye on postdoctoral plans and said she wants to teach on culture and crisis intervention.